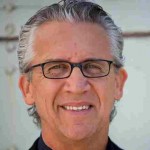 Ian Andrews is one of the purist gifts to the body of Christ that I know. His experience in healing is rare, making this new online mentoring course invaluable and essential in training this generation for an authentic display of the ministry of Jesus. I encourage all to consider the God-given opportunity to take this course. My only regret is that something of this nature was not available 20 years ago. 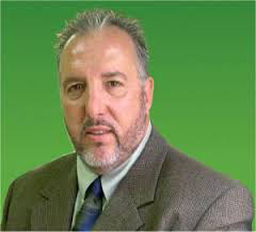 I’ve known Ian Andrews now for many years, and we’ve ministered together in dozens of conferences in the States and Europe.  I can say with no reservation that Ian is the real deal, the apostolic anointing God has graced him with to see the sick healed and delivered is truly remarkable, and he has seen some of the most dynamic miracles I have ever heard testimony on.

But what makes Ian such a vitally important minister in these times is his understanding and passion to equip the saints of God — this generation and the next — in the same principles and theological doctrine that he has incorporated in his own life, so that others might see similar works.  He has accepted the mandate of the Lord to mentor others in the healing ministry.  To me, that is the mark of an apostolic person:  the ability to reproduce others with the same spiritual DNA to see the miraculous demonstration of the Lord in their own lives and ministries.  That’s exceptional!

For this reason, I recommend Ian’s program (programme) for any saint desiring a greater expression of healing and the miraculous in their lives and ministries. 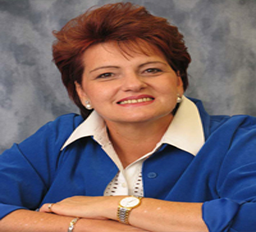 The man that walked to the platform is slim, unassuming and almost shy.  Ian Andrews was introduced and with amazement am I looking at the man I heard so much about. Having ordered his teaching material, I must admit I expected someone else. With a smile he started to teach and instantly he had the full attention of the audience. His unassuming, humble, humorous yet practical way, immediately found great acceptance amongst the  participants of the conference. Having ministered with thousands over the years it was instantly clear to me that this man has indeed an exceptional gift in training and teaching the Body of Christ.

Taking them from a place of “ feeling unequipped to a place of flowing with joy in the gifts of the Holy Spirit” I found his gifting a rare commodity in our day and age. Ian Andrews is one of the very few I could truly recommend for the training of you, your church and thousands more in the Body of Christ that longs to be used by God but not know how to get to that place of faith and practicality.

I first met Ian Andrews in the late 1970s when he spoke at the Michigan Camp Farthest Out.  I was deeply impacted by the healing anointing he carried and by the testimonies of those who had been touched by the Lord Jesus through him.  We have reconnected in the last couple of years to my great benefit and joy.

I have rarely met a “giant in the Spirit” who is as transparent as Ian in sharing his struggles, mistakes and growth processes.  Rather than allowing himself to be “put on a pedestal” for others to admire from a distance, he shares honestly the real issues he has faced in his life.  This transparency gives to his audiences a great sense of hope because he is “one of us” rather than some sort of “super-spiritual giant” who is far beyond us!  As he shares his struggles and at the same time releases a powerful healing anointing, it lets us know that God can use imperfect people, and inspires us to press into the Lord to be used by Him in spite of the issues we may be facing in our own lives!  It is wonderful!

One of the downfalls of the move of the Spirit in the first part of the last century was that those men and women who were so greatly anointed and used of God didn’t seem to understand that a primary part of their destiny was to equip the Body of Christ.  They were focused on carrying out their ministry, rather than on passing their anointing on to the next generation by equipping, motivating and releasing others.  Many leaders today are falling into the same trap.  The result of this short-sightedness is that each new generation has to start over, rather than being able to “stand on the shoulders” of those who have gone before.  Ian has grasped the importance of equipping others and is focused not only on seeing people be healed, but also on equipping everyone who is willing to receive from him. I believe this focus on equipping the Church will result in an explosion of ministry, with the result that the Kingdom advances far beyond what Ian could do by himself because he is multiplying himself by equipping us!  YAAAAAAY GOD! 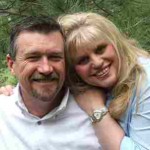 For those who are looking to begin their supernatural journey into healing ministry or be catapulted farther from what they have already experienced, I strongly urge you to spend time online under Ian Andrews’ mentorship. Holy Spirit has uniquely prepared Ian to release a global healing revolution as one of the early trail-blazers who has faithfully remained a student himself over multiple decades of healing the sick on every continent. Ian’s impact in my church and my personal ministry has been invaluable for imparting vast knowledge, cutting-edge insight and Kingdom-breakthrough anointing. All this from one of the most humble, holy and sacrificial servants of God I know. This is an unprecedented opportunity to be trained under one of the true apostolic healing ministries of our day that will greatly shape the rising glorious church before Christ’s return. But be forewarned – Ian will stretch you beyond your comfort zone to do greater supernatural works than you imagined possible! 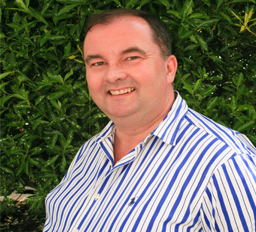 Ian & Rosemary Andrews ministry has had a deep and lasting impact on the development and growth of Chiswick Christian Centre. They carry a powerful equipping anointing which not only releases healing to so many, but also releases believers to step out and let the Holy Spirit work through them too. The on-going healing that continues to take place here at Chiswick though the regular services, the Healing Place evening and outside the church, owes so much to the input and impartation we have received from Ian & Rosemary. We will never forget the morning when Ian released our children to minister in words of knowledge and minister His healing. We saw over 25 healings in that service alone. If you desire to see your people not only see healing, but actually minister in healing, Ian & Rosemary Andrews are the people for you. 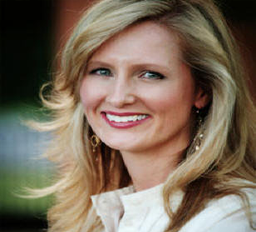 Katherine Ruonala says …
Ian Andrews carries a powerful healing anointing and a gift for teaching and imparting this anointing to others. What he has learnt over the years that He has been involved in the healing ministry needs to be shared and this online mentoring program is truly an inspired initiative.

With a proven track record of integrity and documented miracles confirming the word taught, I have full confidence in highly recommending Ian’s ministry and in encouraging you to be a part of this program.

Member Area
If you want to find out more about Ian and Rosemary Andrews' ministry please visit citadelministries.com

- Detailed word of knowledge and a lady is healed in her teeth through God revealing a problem in her kidneys!

- Dinner party healing for a witch through a word of knowledge- who now wants to attend church with her daughters!

- A lady in a wheelchair was greatly touched by the Holy Spirt when a mentoree prayed for her in the aisles!

- Lady healed of chronic asthma as a result of a vision!